Today I am joined by actress/model Jackie Moore who has taken a few minutes out to answer some questions for me regarding her latest film. Her new film is called Pernicious (you can find my review here) and is a female centric horror movie set in Thailand. Read on for our discussion on filming, modelling and more…

Hello and thank you for taking out some today to chat with me! How are you?

Doing great! Thank you very much for interviewing me.

No problem! Firstly could you tell readers a little about the film and your role within it?

Pernicious follows three girls who travel to Thailand to teach children. In the house they find a statue of a little girl, and the morning after their first night out in the city things take a turn for the worse. My character, Rachel, is the bossy and outspoken one. She’s the first one to make plans and is usually seen as the leader of the group.

I noticed a lot of Rachel’s dialogue sounded like stuff I would say and I liked that the character had depth and a backstory that I could connect to. I felt that this was not just a typical horror story, and in the film you learn quickly that Rachel and Alex lost their mother, so Rachel became a second mom to Alex. I am also an older sibling, and am very protective of my little sister, Noel, so I could relate to that.

How did you approach the relationships your character held with Ciara and Emily’s characters? Did your approach differ with Ciara who played your sister than with Emily?

What aspect of your character proved to be the most interesting to play?

I think the sister relationship was definitely the most interesting because it was so different from the way I am with my sister. I am super protective of Noel and I probably would be much more concerned about her safety than Rachel was towards Alex in the film. 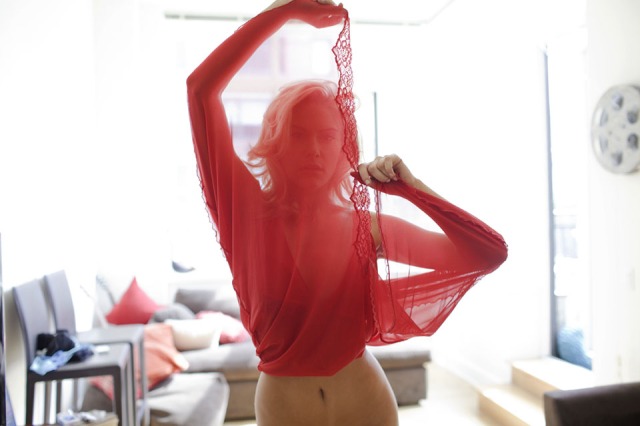 One aspect of the film which struck me was the absence of male heroes and consequently there doesn’t feel like the film has a male gaze either, and yet of course Bressack wrote and directed the film. To what degree do you think he captured a female group dynamic?

I loved the fact that it was a story about three woman and Rachel wasn’t a typical damsel in distress type character. Without giving too much away, I liked that the girls aren’t the victims initially and the story has a cool twist pretty early on.

Did you have the opportunity to improvise and play with the dialogue?

We stayed very close to the scripted dialogue. Taryn and James wrote the characters so well that everything I felt I needed to say was already written.

I’ve heard you talk in the past about how modelling helped to build your confidence and ease of movement in front of the camera and was wondering how much of a close relationship do you think modelling and acting holds?

Modelling was fantastic training for me. It made me comfortable in front of the camera. Just like acting, modelling is about creating characters, and teaches you how important stillness is and what can be conveyed with just a simple look. It also taught me about lighting and how to feel when the light’s hitting your face correctly, which is an underrated skill in this business. The two professions are very closely related but acting for me has always been more of a therapeutic form of expression.

And did you always intend to move from modelling to acting… which is your first love?

Yes, I always wanted modelling to be a stepping stone towards acting and directing. I love telling stories.

And what kind of film projects would you like to explore in the future? Do you hold a particular interest in certain genres or styles…?

I love mysteries, and unconventional love stories, but if I love the script I will be interested regardless of the genre.

And finally Jackie, a quick glance on your IMDb page suggests your keeping yourself very busy! Can you tell us a little about what you have coming out which we should be looking out for?

I have some indies coming that I’m very excited about; Student Bodies, It’s Gawd!, and Deadly Famous. I also acted in a pilot for HBO , Westworld, directed by Jonathan Nolan, and was involved in one of the shorts in Project Greenlight which are premiering this year as well.  I also just wrapped a very funny web series called Behind the Blinds.

And thank you to Jackie Moore for stopping by and chatting about Pernicious. I hope you all enjoyed the interview! Make sure you leave your thoughts behind in the comment box below!