Last Chance to Win ‘The Witness For The Prosecution’ on DVD! 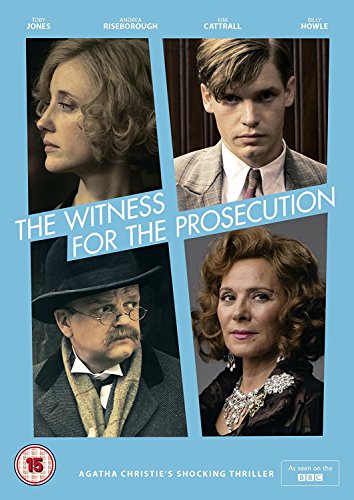 It’s your last chance to win a copy of this TV treat!

We here at Rumsey’s are very excited to announce that The Witness For The Prosecution will be released on DVD on 9th January 2017 by Acorn and the BBC. What’s more we are able to offer up two DVD copies for you to win!

‘A major new BBC adaptation of Agatha Christie’s The Witness For The Prosecution from renowned screenwriter Sarah Phelps (Great Expectations, The Casual Vacancy,) is set for a home entertainment release 9 January 2017 courtesy of RLJ Entertainment’s Acorn label, following its premiere on BBC One over the festive season.  Two By Christie DVD Box Set featuring The Witness For The Prosecution and And Then There Were None will be available on the same date.

It’s 1920s London and society lady Emily French (Kim Cattrall) has been found brutally murdered in her luxury townhouse. When a young, handsome chancer, Leonard Vole (Billy Howle), is accused of the crime, it seems like an open and shut case. His penniless solicitor, John Mayhew (Toby Jones), clings to the hope that Leonard’s wife Romaine (Andrea Riseborough), an enigmatic chorus girl, will provide the alibi that can save his life; but she soon proves to be a far from reliable witness.’

We here at Rumsey’s have decided to team up with Acorn and the BBC in order to promote the release and they have been good enough to grant us two DVD copies of the series to give away to lucky Rumsey readers! If you want that to be you then all you have to do is answer the simple question below by 9th January.

Question:
What is the surname of the murdered lady? Is it:

Remember the give-away closes on the 9th January.